RAYVON OWEN New Single “Do It Again” Out Now

Pop/R&B artist Rayvon Owen new ballod single “Do It Again” is out now along with the music video. 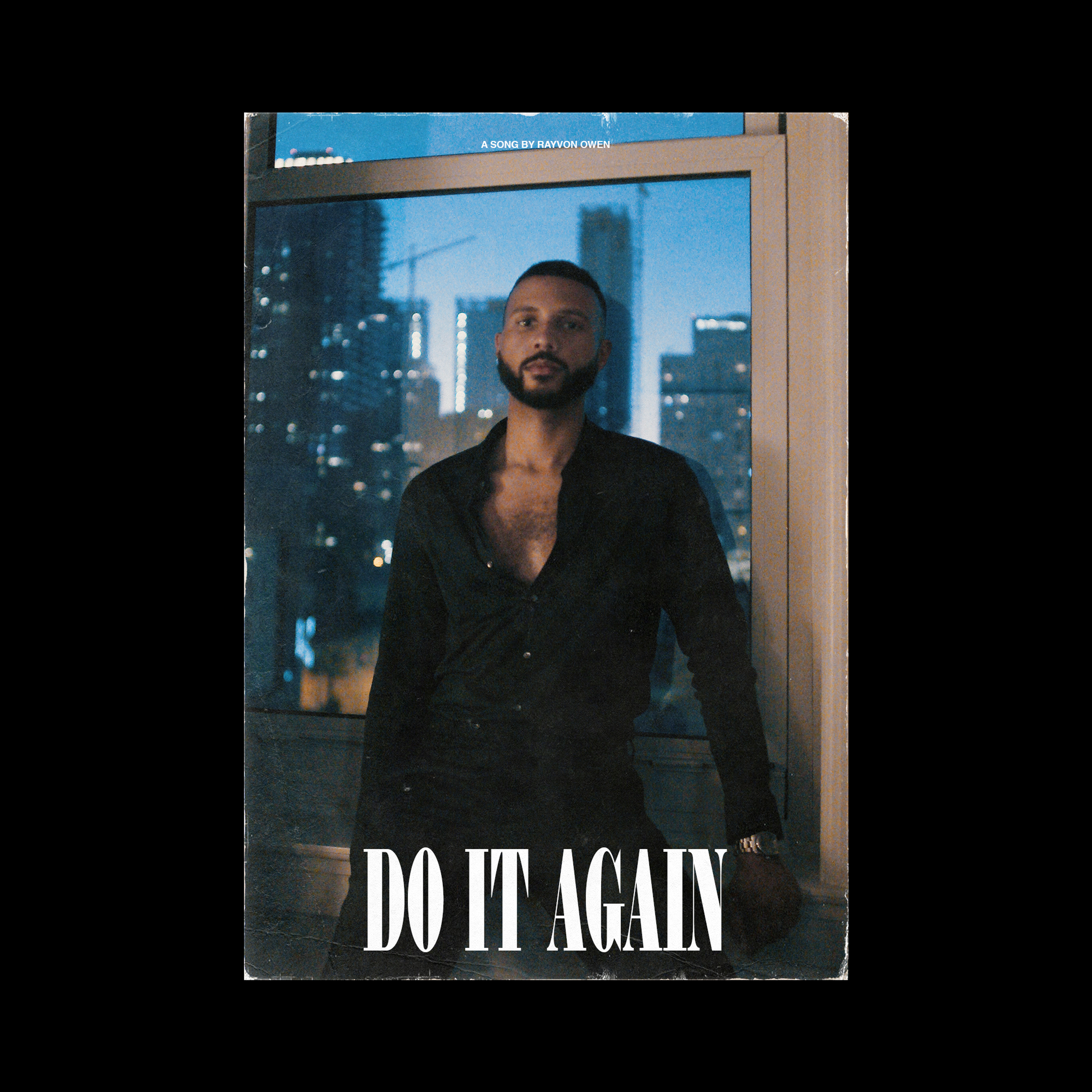 “Owen is showing a previously unseen side to his artistic self. Dark and brooding with a thrumming synth line, the R&B-inflected track utilizes Owen’s silky smooth vocals, morphing the song into an all-out lover’s lament.” – Billboard

“Authenticity has always been an imperative part of Rayvon’s music, which is evident throughout the EP and the “Honesty” video.” – Hollywood Life

January 17, 2020 – Pop/R&B artist Rayvon Owen new ballod single “Do It Again” is out now along with the music video that is featured on XX.

Rayvon says, “Do It Again” was one of those tunes that flowed out and was written rather quickly. It reflects the rollercoaster that is life and love. Especially after the unprecedented year we all just lived through, I think many can relate to going through ups and downs and the uncertainty it can leave you with. However, if I had the choice to live through it all again, I would… there is no growth without rain.”

Last year, Rayvon Wen  released his EP Las Virginia. Las Virginia reflects Owen’s journey of growth, as well as the combination of where he came from with who he is now. Authenticity is a common theme within the native Virginian’s music; past EPs delved deeply into themes of personal authenticity, self-confidence, and love. It took awhile to get there, however.

Owen’s glowing collection of pop gems—layered with textures of soul, R&B, and incandescent synth—have earned attention from the likes of People Magazine , Huffington Post , USA Today , and Billboard. Recent singles have included: “Flexin’ My Vibe,” with a feature appearance from the “Selfie Kid,” Ryan McKenna; “Tonight” with a feature from Matillo; “Like a Storm;” and “X,” which Owen credits for inspiring the vibe of Las Virginia . Other significant appearances and accolades have included being Elvis Duran’s “Artist of the Month” (Jan/Feb 2018); performing his single “Gold” on the TODAY Show; winning the “Rising Star” award at the 2015 L.A. Music Awards; having “Gold” featured as Nylon Magazine’s “Best Releases of the Week” (Jan 2018); and receiving nearly 3 million YouTube views combined of his covers of “Ignition” and “Don’t Let Me Down” with Postmodern Jukebox Whether onstage, in the studio, or deep into the songwriting process, Rayvon Owen strives to entertain his listeners, while also creating an immersive and inspirational experience.

Whether onstage, in the studio, or deep into the songwriting process, Rayvon Owen strives to entertain his listeners, while also creating an immersive and inspirational experience.

“Do It Again” it out now at