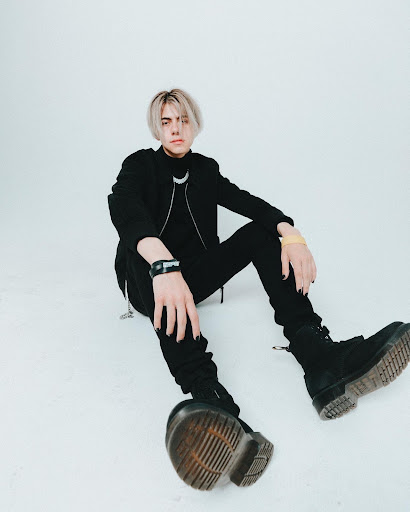 New York, NY – ONErpm is thrilled to announce the signing of Chri$tian Gate$. The 19-year-old recently released his new single and video “Dangerous State of Mind,” via ONErpm. Signed by Joseph Aldulaimi, VP of A&R for ONErpm, Gate$ marks the latest addition to ONErpm’s growing rock and alternative roster.

Gate$, known for writing and performing emotional pop-rock, masterfully blends deep, raw lyricism with viral melodies. Gate$ recorded his first album in 2019 with top EDM producer Elation and quickly saw success. Shortly after posting his first video to TikTok in June 2020, Gate$ got his initial taste of viral success when the video surpassed over a million views on the platform. With fans eager for more, Gate$ released “Lost” a few months later which now has over 5.3 million plays on Spotify alone. In 2021, Gate$ released “Numb,”  which skyrocketed Gate$ to new heights, becoming his biggest viral hit to date amassing over 90M+ streams across all platforms. Catching the attention of critics and fans alike, Chri$tian Gate$ now has 2.8 million TikTok followers and 39 million likes, a monthly Spotify audience of over 2 million listeners, and is currently busy performing along the West Coast party scene.

Joseph Aldulaimi shares, “I fell in love with Chri$tian Gate$’s music last year and knew I had to work with him. He is one of the smartest, hardworking, and talented artists I have met in my career, even at the age of 19. We are excited to continue expounding on Chri$tian’s already exciting story and getting his music in as many ears as possible around the world.”

“ONErpm has shown a ton of passion for my music,” Chri$tian Gate$ states. “I’m incredibly excited about this partnership.”

ONErpm is a next-generation music company and leader in new revenue opportunities, operating one of the world’s largest music distribution platforms and YouTube Multi-Channel Networks. Offering a full suite of services that includes marketing support, supply chain tools, business intelligence, publishing, accounting, and global payment solutions, ONErpm provides the infrastructure needed to help creators and content owners succeed. As a trusted partner, ONErpm emphasizes transparency in everything it does, from executing a marketing campaign to making payments. Located in 29 cities across 20 countries with a staff of over 450, the company’s global footprint is constantly expanding, making it one of the fastest-growing independent music companies in the world.