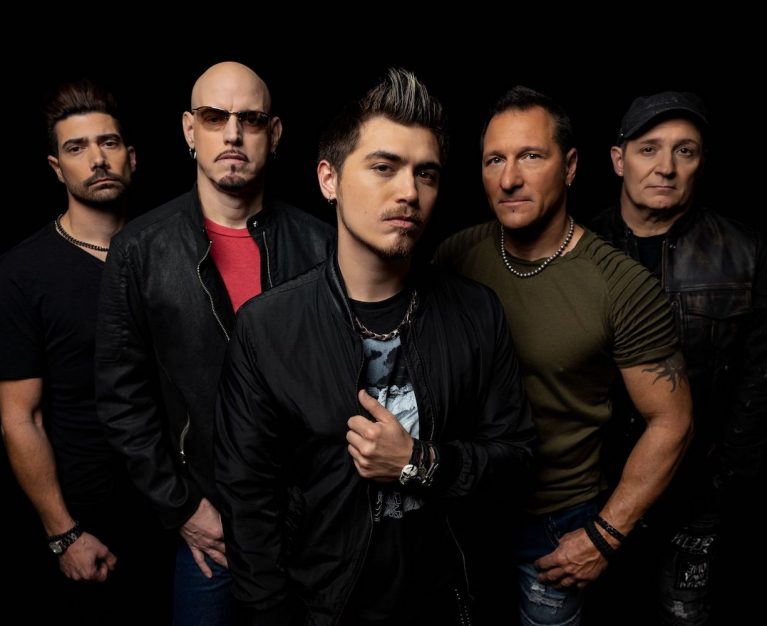 Founding member Carl Bell, sole songwriter of all lyrics and music to all previous FUEL hits, returns to the helm as primary songwriter, and also as the producer.  He even mixed the album. Carl wrote and recorded the songs in his Las Vegas studio with vocals recorded at Soundmine Recording Studio and King Studios in Pennsylvania.

Carl and Kevin recently shared a video of their emotional in person reunion after a decade.

In a video posted on Facebook, fans reacted with the expected reverie as Fuel reignited their relationship with each other and with their fans.

“We were just patient with each other,” Carl says, “From the first conversation, I recognized the same feeling in Kevin’s voice. Fuel was huge for us. It was a great moment in our lives, and Kevin was as grateful for the opportunities that Fuel gave us as I was. We bonded on that fact. I would’ve taken a bullet for him—I still would.” Kevin says,

“For me new beginnings are exciting, but more often than not they scare the shit out of me! As much as I love touching my toe to new water I’m always afraid of the creatures lingering in the depths. I am incredibly excited about this new venture and new lineup of Fuel. Making this record shed a lot of light on what will be, such an amazing amount of talent in this band.”

“A few months ago I had no idea I would be returning to FUEL full time, so when it happened, my first call was to Kevin. He simply said, ‘I have the band. I promise you, these are the guys.’ He was right. All are great musicians, and John is this 26 year old great guitarist as well as a great vocalist and front man. He sounds fantastic on the album and amazing on our previous hits as well. From the moment I first heard him play and sing I thought, wow … this just got real interesting.”

The first single from ÅNOMÅLY,  “HÅRD”, (the first song in the teaser), will be released on July 9, 2021 via Moon Chair Media/ONErpm and will introduce John Corsale to fans eagerly awaiting this new music, also marking a new era for the iconic band.

“God, I’ve missed Kevin Miller! And I’ve missed the Carl Creativeness! It’s been a loooong time since I’ve been excited for an album by any band.”

“I need this blasting through my speakers”

After 14 years away, Carl and Kevin brought Fuel back to life in 2021. Their return may have been unexpected, but it couldn’t be more welcome. Fuel will announce tour dates soon.

Just before the turn-of-the-century, Fuel quietly emerged with a melodic brand of hard rock rooted in eloquent songwriting and heavy guitars. 1998’s Sunburn not only went platinum, but it also yielded enduring anthems such as “Shimmer” and “Bittersweet.” Its 2001 follow-up, Something Like Human, earned a double-platinum certification and elevated them to arenas. The lead single “Hemorrhage (In My Hands)” would reach #1 for 13 weeks and would even become the No. 6 Alternative Rock song of the past 25 years according to Billboard‘s Alternative Chart 25th Anniversary: Top 100 Songs, making it “one of the Top Ten most-listened to alternative rock songs for the past 30 years.” Their music appeared everywhere from Prison Break, Daredevil, and Scream 3 to WWE Pay-Per-View events. 2003’s Natural Selection bowed in the Top 15 of the Billboard Top 200 and garnered a GRAMMY® Award nomination in the category of “Best Engineered Album. Non-Classical.” Their catalog continued to resound throughout popular culture as well. Daughtry famously covered “Hemorrhage” on American Idol, while modern platinum rock juggernaut Red also released their own rendition, and Hands Like Houses notably performed “Shimmer” on Triple J in Australia.