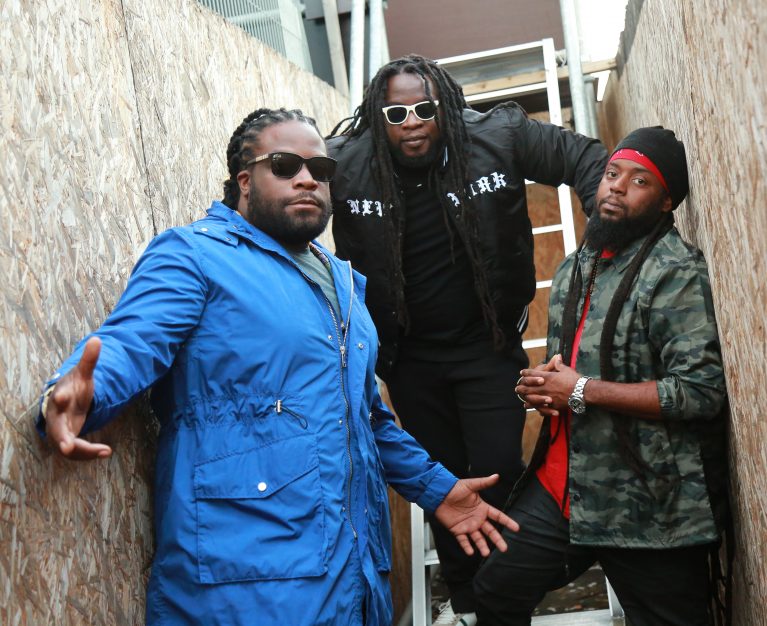 On the heels of their 2017 Grammy winning album, AVRAKEDABRA, the reggae royalties are excited to release a new project reflective of their longstanding Legacy, all pun intended. This forthcoming project will feature remastered versions of some of their greatest hit singles including “Don’t Haffi Dread,” “Down by the River,” and “Perfect Love Song,” among others.

Teaming up with some of Jamaica and Africa’s most renowned musicians, the band taps Ziggy and Stephen Marley, Bounty Killer, Shaggy, Chronixx, Beres Hammond, Patoranking, Stonebwoy, and more for their newer singles off the upcoming album as they continue to infuse the sounds of reggae across the diaspora and globe. With countless albums charting in the top 10 on the Billboard Reggae Charts, including their Grammy-winning projects Strictly Roots (2015) peaking at #1 and Avrakedabra (2017) peaking at #3, these reggae legends continue to shape the narrative of reggae music on the global stage.

The Legacy album, which will be distributed via ONErpm, is available for pre-sale everywhere today HERE. Legacy will also be available as a NFT with exclusive bundle deals via Bondly. The pre-sale package includes NFTs with their new album, merchandise, as well as, a giveaway of over $10,000 in prizes. The highly desirable Gold NFT bundles include a digital download of the new Morgan Heritage album Legacy a day before global release, and a Gold NFT from Bondly Finance. The prizes include a chance to win a $100 Amazon Gift Card, a Vizio 50″ TV with a PS5, free VIP Access to the Legacy Live Stream Virtual Concert and more!

“The combination of music and technology is more relevant today than ever. We’re excited about what the future holds not just for Reggae music but entertainment on a whole. As we saw the internet change the world, we believe the blockchain will again change the world and it’s important to us that our fans are not only aware but are involved as early as possible”

Grateful for innumerable achievements, awards, and honors such as GRAMMY wins, and nominations for best Reggae Album, Gramps, Peetah, and Mr. Mojo are the holy trinity comprising the iconic culturally driven family band Morgan Heritage, which has bridged continents and styles of Reggae with their latest offering. The group has amassed over 36 million streams on their top tracks and has charted on numerous occasions. As leaders and trendsetters, Morgan Heritage are known worldwide for their riveting stage presence and exciting showmanship. So it comes as no surprise that the Royal Family of Reggae has once again broken new ground by being the first to bring Reggae music to the blockchain. Their loyal fanbase and exemplary work ethic has helped the group perform their music on stages globally from Africa to Europe, across the Caribbean to North and South America.

Bondly is an interoperable, transparent, and portable swap protocol designed to revolutionize traditional escrow methods and make everyone into their own digital marketplace. Our family of trust-enabling DeFi products is designed to be a part of everyday buying and selling activities, giving peace of mind for swap or online purchases. Our product BondProtect is a DeFi enabled eCommerce gateway specializing in integrating into your favorite online marketplaces very simply and easily with no integration fees, just staking tokens.

Agency This Is Dope