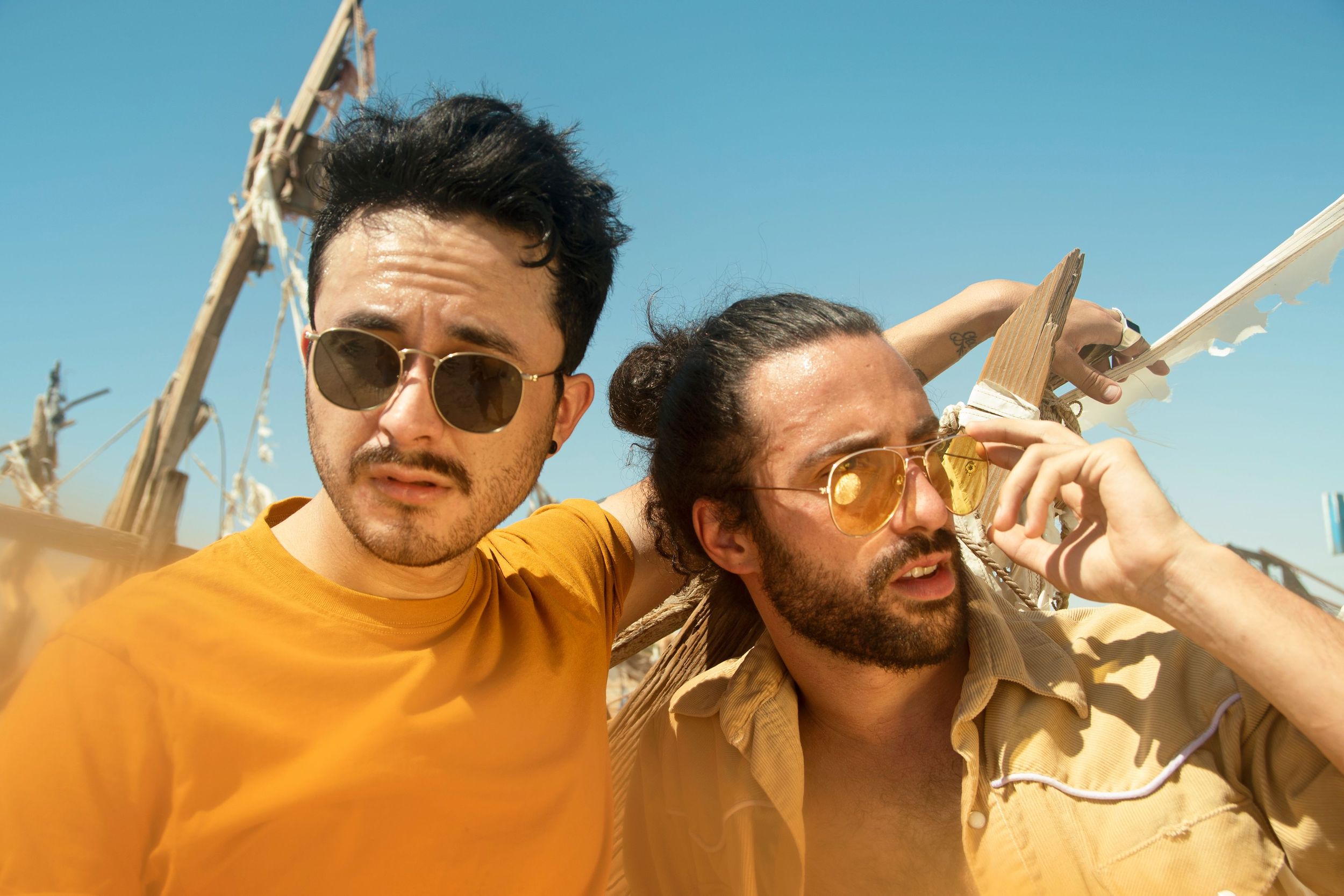 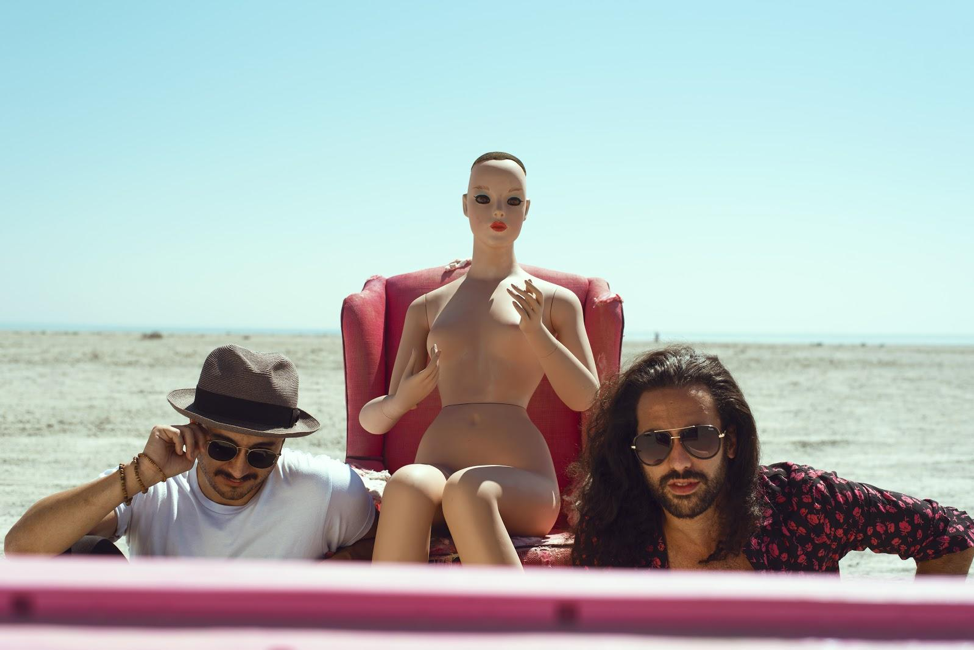 Prepare to meet Migrant Motel, the alt rock duo comprised of US-raised and Peruvian born David Stewart Jr (vocals, bass, guitar) and Mexico City based Chava (drums, live loops) formed at Berklee College Of Music in Boston. A true global collaboration between LA based David, Mexico City based Chava and Norwegian producer Peder Etholm Idsøe, their sound has been described as Nine Inch Nails meets The Struts and Imagine Dragons and sees them draw inspiration from bands such as Royal Blood and twenty one pilots.

Following their electrifying singles “Different Kind Of Leather”, “Woke Up In London” “Donkey Kong” and “I Don’t Wanna Know” as well as their “Volume One” collection – which has seen tracks such as “Physical” receive support from NPR’s Alt Latino and “New Religion” hit over 1 million Spotify streams – they announce their explosive new release “Muñequita Rota” out March 17th alongside a Spanish version featuring emerging Mexican electronic-rock group Sierra León, the first of many releases this year.

Having opened for artists such as Badflower and Café Tacvba, performed at legendary venues such as Viper Room and Troubadour, winning KLOS 95.5’s neXt2rock competition and working with industry veterans such as Rob McDermott (Linkin Park), it’s clear Migrant Motel are on the fast track to being on everyone’s radar with a sound destined for a stadium audience.

“Doing this video was an absolute dream. With Steve Oristaglio helping us push and Emir Cerman as the director, we were able to get a crazy concept of a creepy haunted house, neon lights, mannequin horror coming-to-life to a full on production that ACTUALLY made it happen. We built a dream team to tell a story of us being the “broken dolls” that come to life through the song, all with a 90’s grunge vibe that we grew up watching. 2 days of intense shooting in a super creepy house, I think the cast and crew might still be a little haunted from it!”

“The song came from a super fun riff that I’d always play, I love when odd time signatures feel really good and groovy. When Chava and I sat with it, it felt very Jack White, kinda garage and we ended up writing about the strange lust people feel about dating someone with a lot of issues so they can fix them, almost enamored by the “cracks in the porcelain”. We had been touring in Mexico when we came up with the “Mi Muñequita Rota” (broken little doll) line, loved the idea of making it bilingual, and brought it to Peder to make it shine in that alt radio rock way.”

The duo continue to release their 60 Second Songs video series written and recorded separately through lockdown and are set to release 2 EP’s this year.