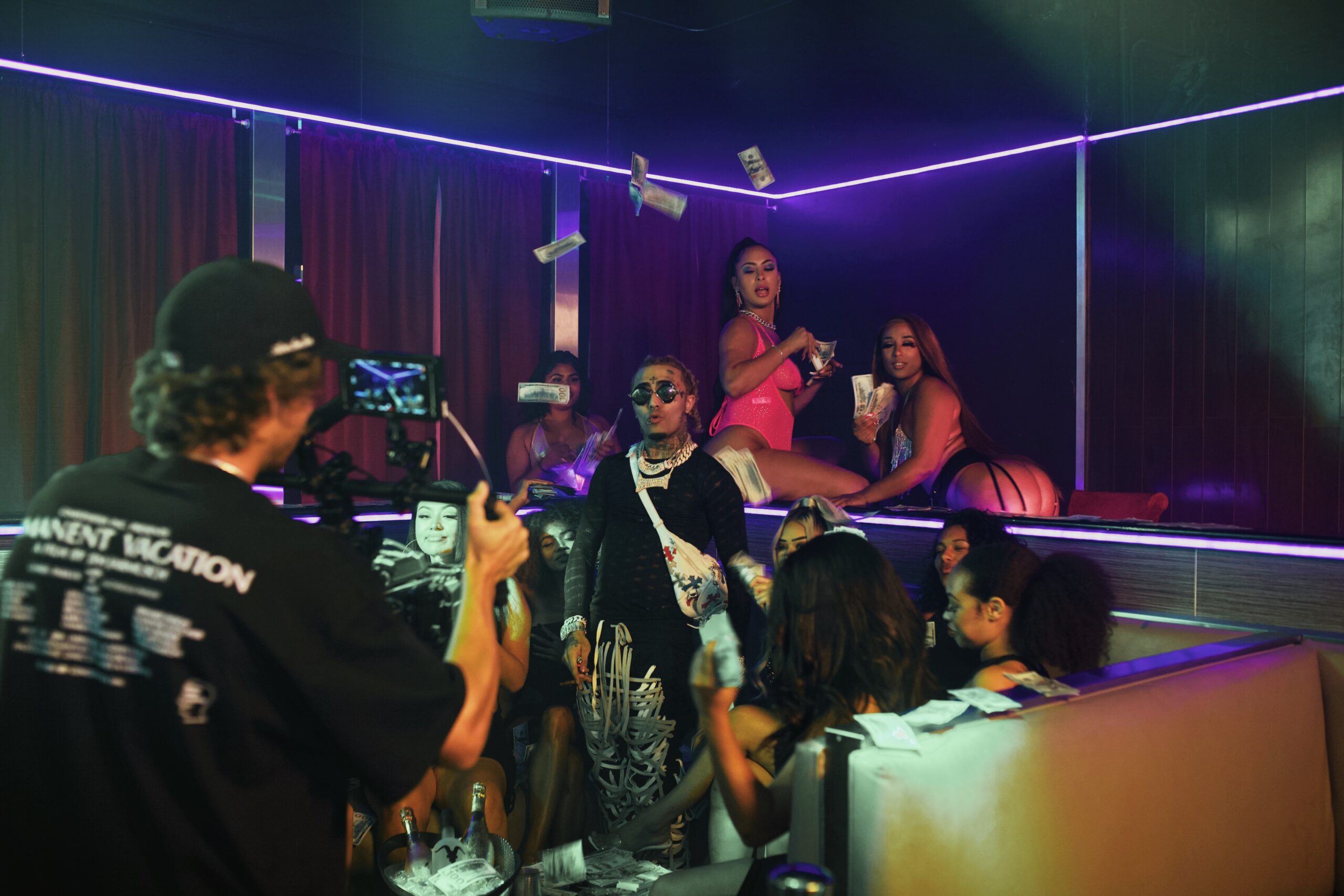 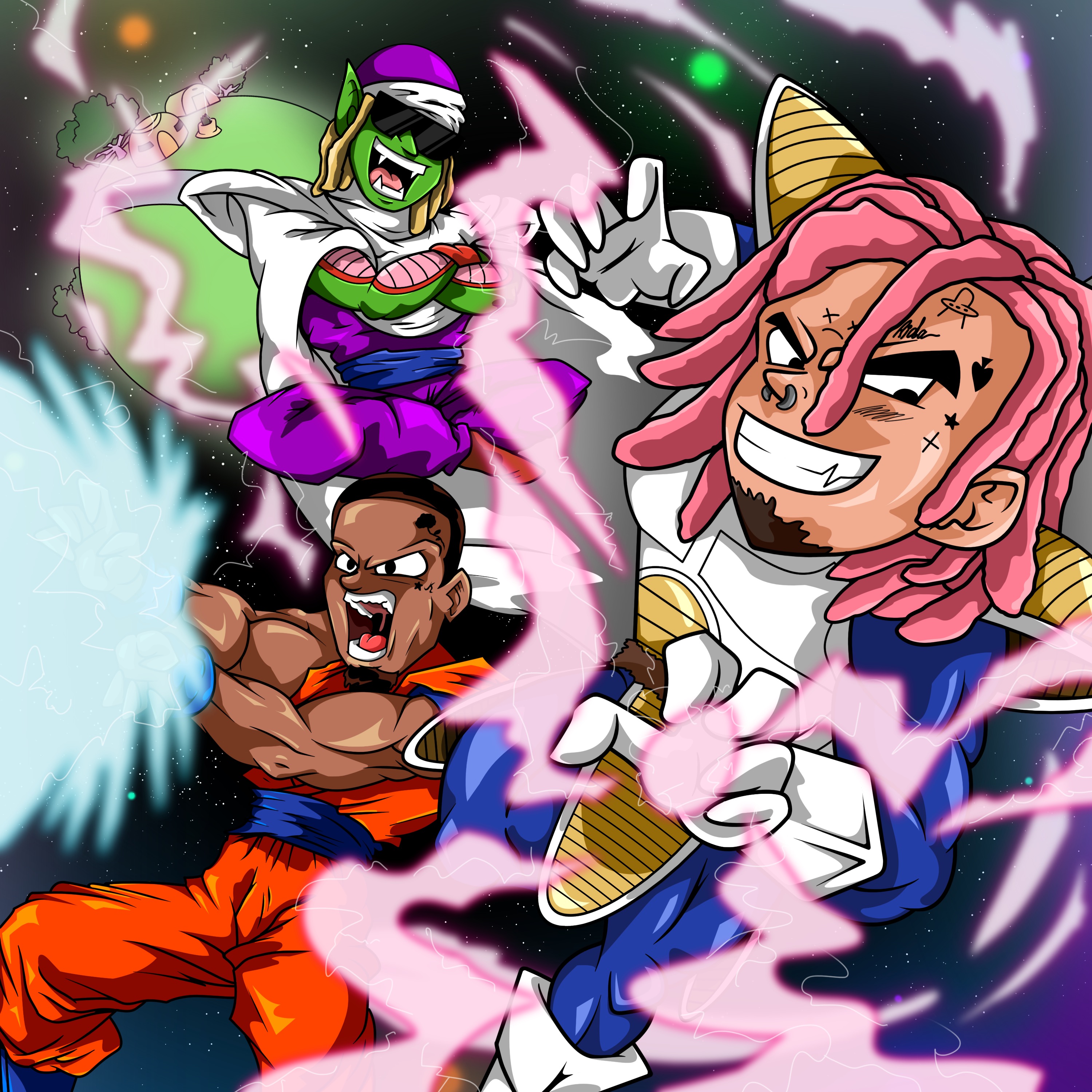 Listen To “Racks to the Ceiling” HERE

Over airy and evocative production from Ronny J, Pump launches into an energetic verse with no shortage of charisma before dropping a head-nodding hook flush with cash. Meanwhile, four-time JUNO Award-winner and GRAMMY® Award-nominated superstar Tory Lanez pulls up with a slick and scorching cameo of his own. The track marks the first collaboration between Pump and Tory Lanez.

In the accompanying visual directed by Erik Rojas, a smoky green potion kickstarts a wild night in the club with Pump surrounded by his collaborators and dozens of models. Of course, there’s no shortage of fast and furious twerking and racks raining from the ceiling.

Pump reunites with Ronny J after collaborating on the platinum worldwide smash “I LOVE IT” with Kanye West, which captured #1 in Canada and New Zealand and catapulted into the Top 5 in the U.S., UK, Ireland, and Australia. It is nearing 1 billion streams and counting.

Signature colorful dreads flailing, ominous ink on display, and superhero-sized charisma in plentiful supply, Lil Pump (born August 17, 2000) tore through hip-hop like a tornado, amassing over 3.8 Billion audio and video streams and counting. First joining forces as a 16-year-old with the next generation music and entertainment company Tha Lights Global, the South Florida sonic fire-plug ratcheted up over 200 million Soundcloud plays with his initial tracks, “Flex Like Ouu,” “Boss,” “D Rose,” and “Molly.”  But it was the RIAA double-platinum “Gucci Gang” that topped singles charts across North America and Europe, streaming to #2 on the US Spotify Chart and #12 on the Global Chart, and earning over 1 billion combined YouTube views for its climactic, larger-than-life video in addition to peaking at #3 on the Billboard Hot 100. Lil Pump has earned multiple gold and platinum RIAA certifications, amassed over 3.8 billion audio and video streams, and attracting more than 16 million followers while rising to fame out of the SoundCloud rap scene and developing an enormous social media presence.

He landed a historic crossover with the late XXXTentacion on the platinum “Arms Around You” [feat. Maluma & Swae Lee]. He collaborated with Kanye West on the worldwide hit, “I Love It” with a groundbreaking video that has over 596 million views on YouTube prior to the release of 2019’s Harverd Dropout, which featured many guests, including Lil Wayne, YG, 2 Chains, Offset, Quavo and more. Lil Pump has also recently made waves in the Latin music scene through collaborations with Anuel AA and El Alfa.

THA LIGHTS GLOBAL is a full-service, next generation music and entertainment company committed to finding and nurturing the best in new talent. They are laser-focused into the heartbeat of whatever is breaking out early across the full spectrum of social networks, listening and responding to trends in the making. Providing services in management, music production, marketing and promotion, touring, merchandising and media the company was founded in 2010. TLG Direct is the audio and video distribution arm of Tha Lights Global.