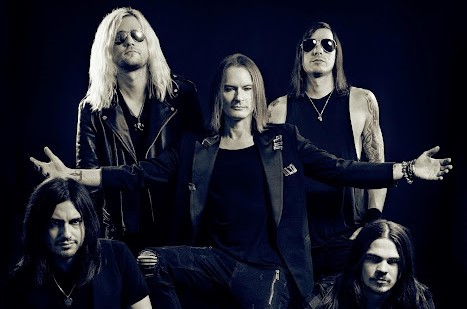 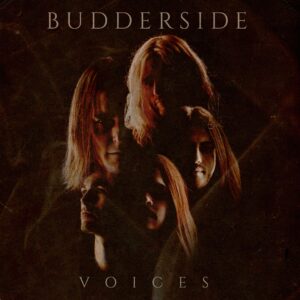 Hollywood-based rock outfit BUDDERSIDE are excited to kick off the holiday weekend with a brand-new track, “Voices,” the first single taken from their forthcoming as-yet-untitled third album due in 2022 via ONErpm. Produced by Matt Good (Asking Alexandria, Hollywood Undead, Butcher Babies), “Voices”—described by vocalist Patrick Stone (ex-Adler’s Appetite)—“is a farewell to this realm and an invitation to the next.” It was written by the band as a collective unit and sees the group venture into uncharted space with its anthemic hooks and riveting melodies. Out today (9/3), “Voices” is available across all digital streaming platforms HERE. Watch the animated lyric video, illustrated by Pablo Conde, streaming below.

BUDDERSIDE will bring their fervent live performance to crowds at Rocklahoma this Sunday, September 5, giving fans the first listen to new material in addition to playing singles from their recent album SPIRITUAL VIOLENCE, released earlier this year via Motörhead Music/Silver Lining Music. Previously the band have been seen on stages across the U.S. with heavy hitters including Slayer, Anthrax, L.A. Guns and Motörhead, as well as appearing at major worldwide music festivals including Wacken Open Air (Germany), Malmö Festival (Sweden), Motörhead’s Motörboat and Monsters Of Rock cruise.