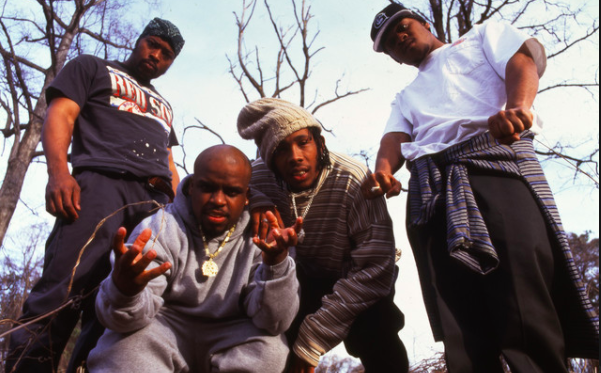 LISTEN TO AND STREAM “FRONTLINE”

“Goodie Mob have always delivered in-depth, multi-layered cuts for their fanbase. As a whole, that collective are considered one of the earliest commercial successes from the Atlanta hip hop scene” – Revolt

“While OutKast received universal acclaim for their debut, Southernplayalisticcadillacmuzik, it was Dungeon Family group Goodie Mob that really pushed the envelope with their first record, Soul Food” – XXL

Atlanta-based, four-man lyrical band of brothers known the world over as Goodie Mob, consisting of Big Gipp, Cee-Lo, Khujo, and T-Mo, Goodie Mob first formed in 1991 as a vital part of the hip-hop collective known as The Dungeon Family, which consisted of Outkast, Witchdoctor, Backbone, Big Rube, Cool Breeze, and P.A., led by the multi-platinum selling production team, Organized Noize.

Goodie Mob is one of the few Southern rap groups aside from Outkast and the Geto Boys to earn respect from Hip-hop’s fickle fans and critics who count their 1995 debut, Soul Food, as among the genre’s best albums ever.