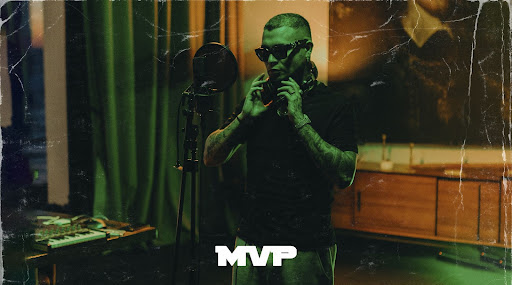 This year, we will witness a very special Super Bowl. For the first time, the half- show will host internationally famous rappers. For this occasion, The NFL chos renowned artist Gera MX as a LATAM ambassador. He has been in charge of writing the new single “MVP”; this song talks about the Latin American perspective on this big show.

On Thursday February 12th, Gera MX presented a show for the channel “La Música.” An interview with Gera MX was transmitted before the show at Canal 5, where he talked about the relevance of the rap genre and The Super Bowl. The event was also supported by Fox Sports and Telemundo.

Next week, Gera MX will announce his tour around Mexico and the USA visiting more than 50 cities.

Gera Mx is an artist born in Monterrey, and is the most listened rap singer on Spotify Mexico. His singles “Botella Tras Botella” featuring Christian Nodal and “Se Me Olvidó” featuring Rels B have catapulted his international career. He has more than 10 years of trajectory in the Mexican rap scene. He also owns a hip-hop label called Rich Vagos Entertainment.